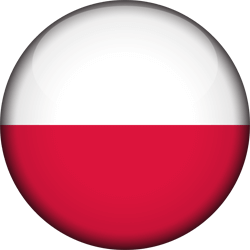 Izabella was born in central Poland, where she still reside when she is not performing or touring abroad.

Izabella funny touch and interactions with the public brings to the audience a powerful and memorable performance. Her unique style, has brought her remarkable success across Europe, North and South America.

Already at a tender age she was immerse in the music and the entertainment world this due to her mother been a violinist at the Opera House in Lodz Poland.

Her musical education started at the age of 6, graduating with a Master Degree from the Lodz Academy of Music and Arts and at the same time taking a Master Degree at the University of Lodz School of Law. After graduating Izabella never left her first love, the violin and made sure that her dream to be a solo artist became reality.

Her musical career has brought Izabella to perform with a multitudes of artists and styles, such as the Artur Rubinstein Philarmonic Orchestra, the Polish Camerata Ensemble, the Ladies First Symphony Orchestra and with the renowned tenor Salvatore Licitra. She also performed and toured with the famous German showman Fredy Queen and was the concert headline act at the second biggest Light & Move festival in Europe.

Izabella had, with her Ensemble “The Amber Strings”, the honor to play a private Christmas concert for the Polish President.

She has appeared in TV and Radio shows in Europe , U.S.A. , Turkey and Mexico.

Izabella powerful and vibrant style of performance and shows makes her a loved entertainer by all.

Our website uses cookies. We use them to improve the quality of our services. If you do not express permission, you can change the settings of your browser. For more information about our company uses the information stored in cookies can be found in politics cookies. .